Kayaking in Iceland is an experience that will not be forgotten.

Icelandic kayaktours (Kayakferðir) has been in operation since 1995 and offers a new way to explore the nature. We travel on kayaks along the unique lagoons of one of Iceland’s most beautiful coastline and through a broad water area west of Stokkseyri. The area consists of small and big ponds connected by narrow canals, and is the ideal surroundings for enormous numbers of birds and plants.
This is where the Flóaáveita ends, a remarkable irrigation structure, made in the years 1918 to 1927 and spreads over more than 12 thousands hectares of land. In cooperation with the Bird Protection Society of Iceland and the Icelandic Institute of Natural History, we have made sure that this way of nature study does not upset at all the existence of animals and plants in the area. For example we frequently see curious seals following the kayaks when we paddle along the lagoons, incredibly close and completely fearless. Apart from being an unusual way to explore nature, paddling a kayak is a very peaceful and amusing entertainment.
Kayaking in Iceland is an experience that will not be forgotten. We are very concerned about the safety of our customers. We are the only kayak rental in the country that uses only so called “sit-on-top” kayaks, which are the safest kayaks available and have become very popular over the past years in USA and other countries. They are also used by rescue teams in some countries.
Our kayak fleet can take up to 50 persons in one tour. We offer various possibilities in tours for groups, families and individuals.

The seaside village of Stokkseyri is situated at the edge of the Great Þjorsá lava field on Iceland’s south coast. The quaint village with its many picturesque wooden houses is located 55 km from Reykjavík. With its present population of nearly 450, Stokkseyri was the most populated county in Iceland two centuries ago. Later it was split up into two districts by the name of Stokkseyrarhreppur and Eyrarbakkahreppur. The local people have preserved the environment particularly well, and around the lakes and ponds in the area a very colourful and diverse community of birds and plants can be found. The coastline, well known for its beauty, was created during the greatest known lava flow to have erupted from a single eruption since the Holocene period when Þjórsárhraun lava broke its way to the surface of the earth.

The Great Þjórsá Lava is the largest lava flow in Iceland (by both area and volume) and the largest lava that is known to have erupted in a single eruption in the Holocene. It belongs to a group of lavas known as the Tungná lavas. It was erupted in the Veiðivötn region, Central Iceland, 8600 years BP (6600 BC). The crater area is covered by younger lavas and eruptives. The Þjórsá Lava does not appear on the surface until 70 km downstream of its supposed crater area. In the lowlands of South Iceland the lava has overflown wide areas, covering the districts Landsveit, Gnúpverjahreppur, Skeið and Flói. The main rivers of South Iceland, Þjórsá and Hvítá/Ölfusá, stream along the borders of the lava to the east and west and the 25 km (16 mi) long beach between the river mouths is formed by the lava. The sea level seems to have been around 15 m (49 ft) lower than today when the lava was erupted. Along with the rising sea level the ocean has transgressed the lava front so its border line is submerged several hundreds of metres off-shore and an interesting littoral zone can be inspected along the beach. The towns of Selfoss, Eyrarbakki and Stokkseyri are built on the lava. Its area is around 970 km2 (370 sq mi), the thickness 26 m (85 ft) and volume therefore close to 26 km3 (6.2 cu mi). The Þjórsá lava is porphyritic with large light coloured feldspar phenocrysts sitting in a dark, fine grained ground mass. 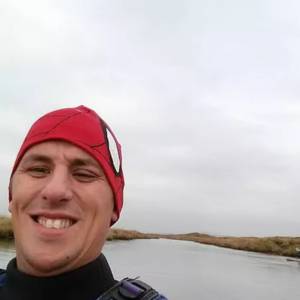 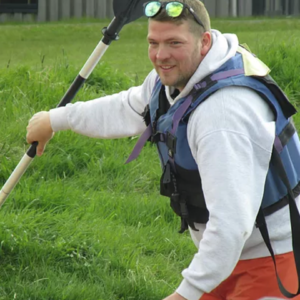